A preview of Super Mario Crossover 4.0 is released for WebGL

I have good news! I still know how to make games and am not dead. Due to those two things (and also getting a lot of requests), I have been porting Super Mario Bros. Crossover to WebGL. You can play a preview here.

If you would like to listen to an in-depth conversation about the new version, check out the latest episode of our podcast.

Please note that this is a very much not done game. It is so not done, that playing the game will make you sad because there are bugs everywhere and performance is not so good. The good news is work on it is going fast, and it will not be too long before it catches up to the flash version.

I have spent the last 5 years working on a general-use 2D platforming codebase and workflow that I could use on multiple projects. It took a while, but it’s finally ready to start using, and this is the first project I made with it. It’s built on top of Unity.

It will take much less time to add new content to the game due to the clean codebase and data-based asset workflow. This is a complete rewrite of the game. In fact, I may allow people to mod the game in the future by open-sourcing the data portion of the game. There is no promise or timeline on that, but it’s a goal I have in mind.

Super Mario Bros. Crossover will be updated until it reaches general feature parity with the Flash version, but please note that not every feature will be ported to the WebGL version. There will also be additional features and characters added.

We discuss experimental preview of Super Mario Crossover released for WebGL, and then Jay and Matt debate The Legend of Zelda: Breath of the Wild.

We talk about the experimental preview for Super Mario Bros. Crossover released for WebGL, and then Jay and Matt debate The Legend of Zelda: Breath of the Wild.

The first episode of the Exploding Rabbit Podcast features a look at the early days of developing Super Mario Bros. Crossover.

We started a monthly podcast for Exploding Rabbit. In each episode, we’ll be taking a deep dive on one topic related to Exploding Rabbit or gamedev, and then we will have a few smaller, supplementary topics like what games we’re playing, what I’ve been working on, and anything else we find interesting.

I’m co-hosting the podcast with my cousin, Matt Gyure,  a very smart/funny guy that knows his way around code and other technical parts of gamedev. Matt knew I was trying to figure out a good way to keep people informed about Exploding Rabbit and recommended doing the podcast with me, so you can thank him.

The focus of the first episode is how I started Super Mario Bros. Crossover and what it was like working on it in the early days. It was just meant to be a test episode, but it turned out so well that we decided to release it.

Matt and I are very excited about where this thing will go. We’re open to feedback so let us know what you’re interested in and what you’d like us to change.

You can listen on iTunes,  Google Play,  Stitcher, or at the podcast’s website. Be sure to subscribe so new episodes will be delivered directly to you.

The music in the episode is from the Castle in the Darkness Soundtrack.

Jay talks about what’s been happening and demonstrates a work-in-progress port of SMBC to HTML5 that was later canceled. 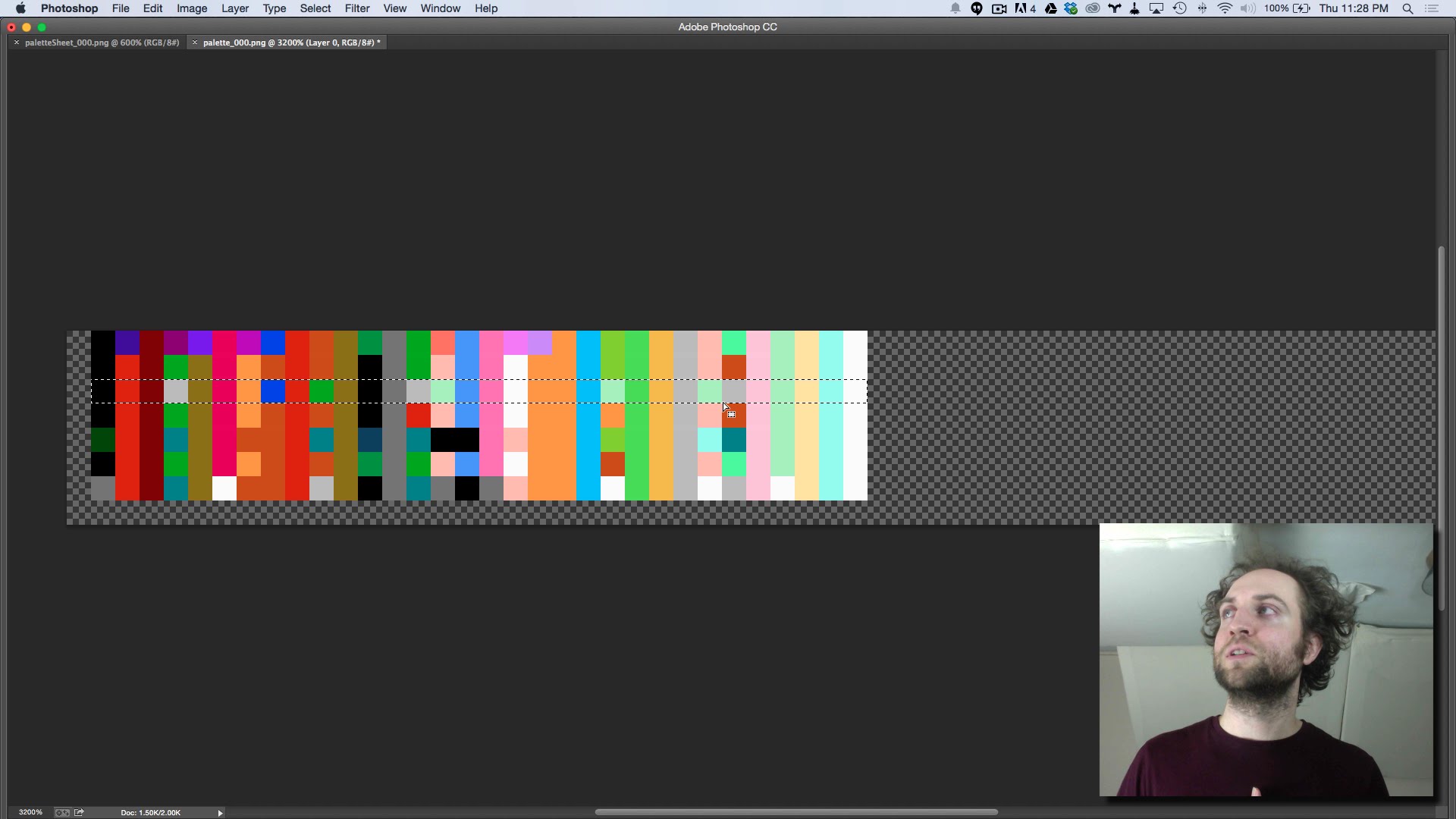 Update: This port was canceled.

Jay talks about what’s been happening and demonstrates a work-in-progress port of SMBC to HTML5. 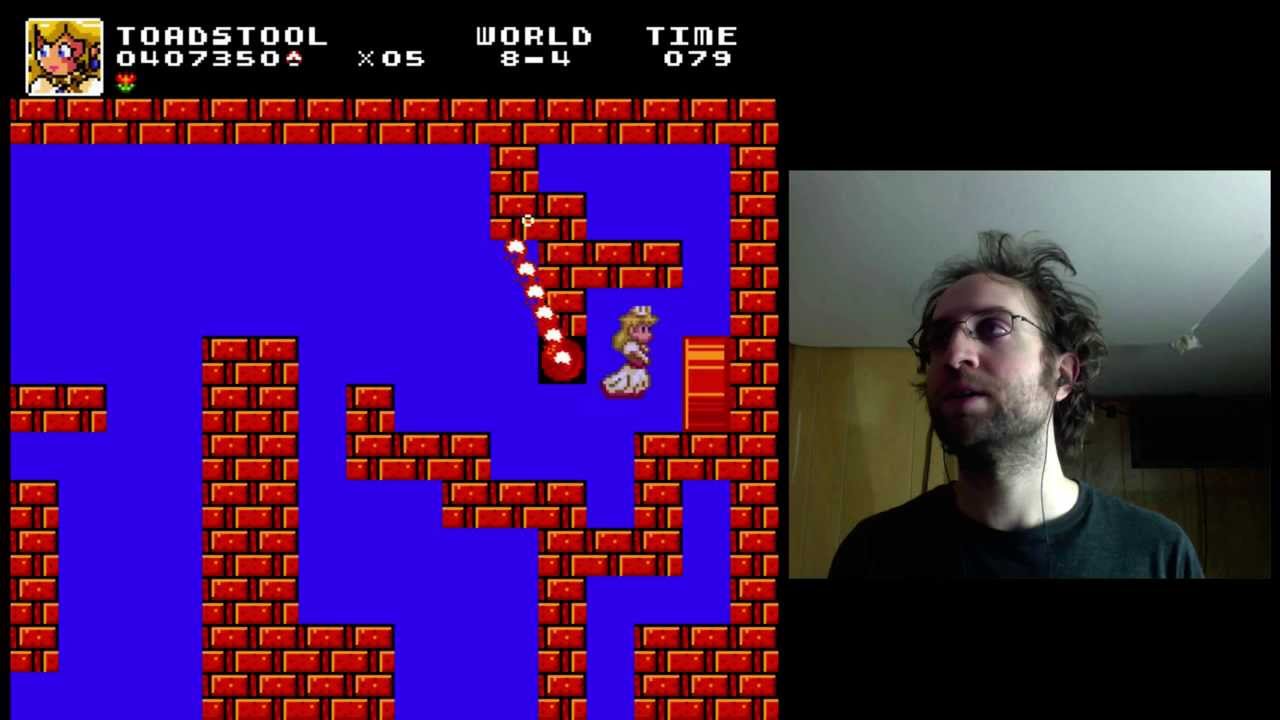 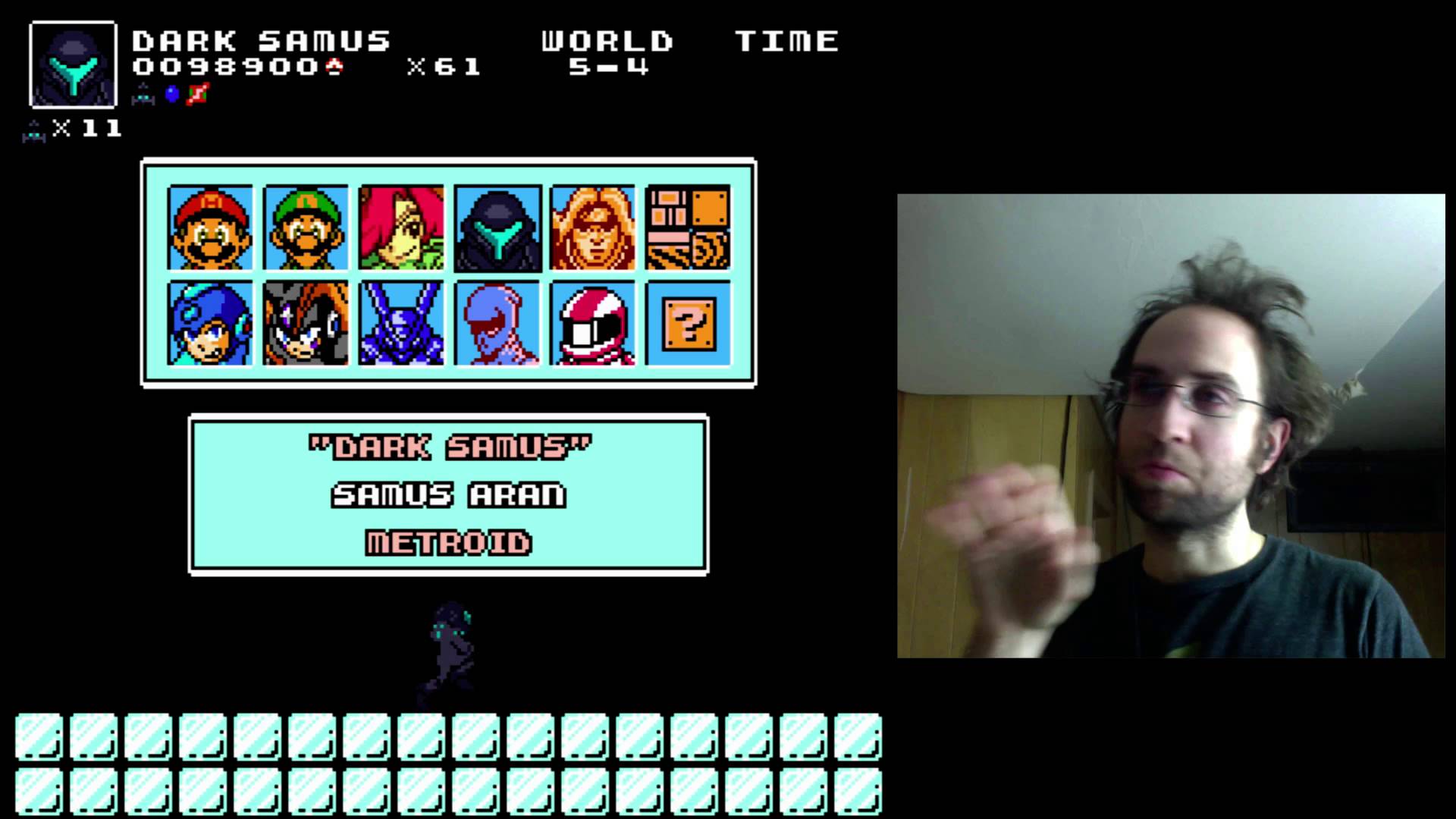 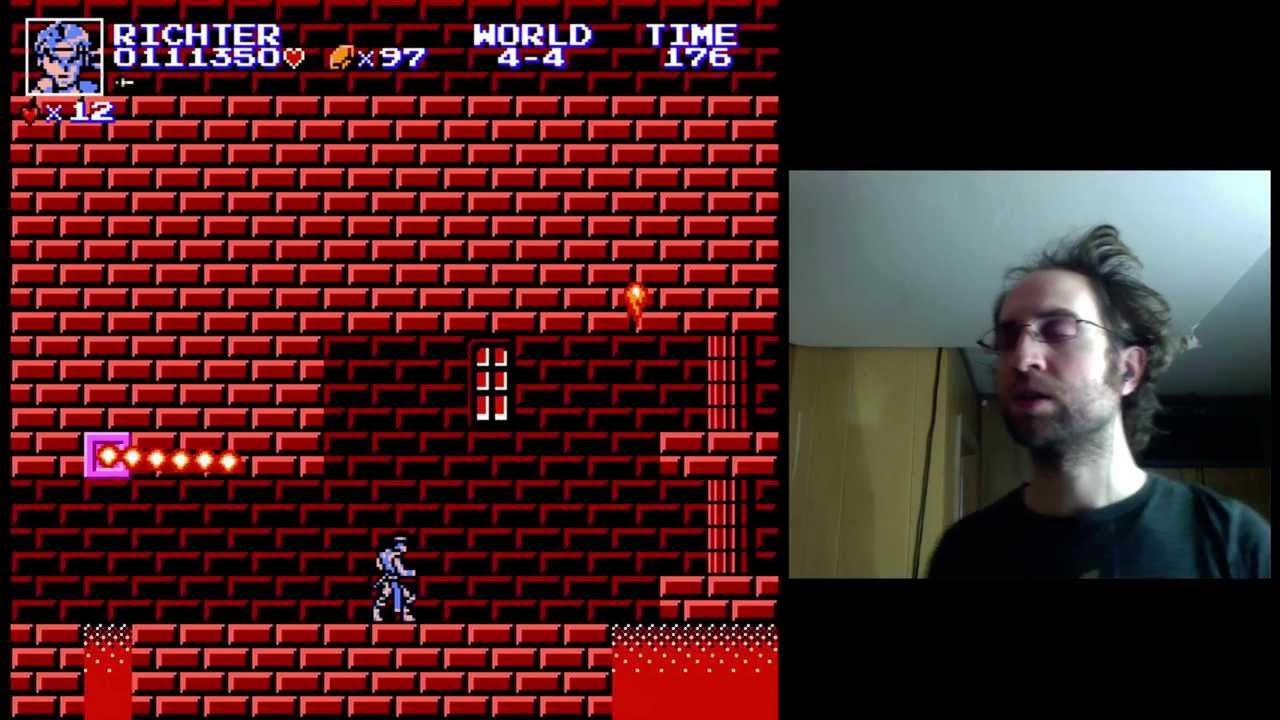 Super Mario Bros. Crossover gets updated with the classic power-up system and disabling of skins and characters.

I have a Christmas present for you! I added some awesome new features to Super Mario Bros. Crossover. The classic power-up system from version 1.0 makes a triumphant return, and it now has customizable weapons. In addition to that, I also made it possible to disable skins and characters. Now you can remove characters and skins that you hate from the game! 😀 There are other changes too. Feel free to take a look at the version history to see them all.

So… why did I do this when I announced that the game was done? I figured since it’s Christmas break, it was okay for me to spend my time working on this game instead of Super Action Squad. I also didn’t want to have any regrets about this game, so I figured it was worth it to get it into a state that I was happy with before ending its development.

Also, I thought a bit more about if this is really the “final” version. I  decided that the game will no longer be actively developed, but I may still work on it from time to time as a hobby. I’m so much faster at programming now that in some cases, I can add significant new features with just a few days of work.

With that said, I personally view the game as done, so everyone else should look at it that way as well. If I add stuff, consider it a bonus. And since I view the game as done, I’m going to make a video to go over everything in the game because there are a lot of nuances that the average person probably doesn’t know. There’s also a lot of stuff that was added in this update that changes how some of the characters are controlled. Normally this sort of thing would be explained in-game with tutorials, but I don’t have time to do that. Most of the tutorials in the game are outdated anyway.

This version has not been tested very much, so please report bugs as you find them. Also, remember to leave feedback on the game so I can become a better game developer.

Thanks, and happy holidays from Exploding Rabbit!