See some of the most amazing basketball shots in the world!

Here’s a video I made in 1998 with one of my friends when I first started using a video camera. I remember being excited about stuff I could do with editing, so this was one of my early experiments.

Two friends must solve math problems as they try to find their missing calculus teacher. Completed in April 2003. 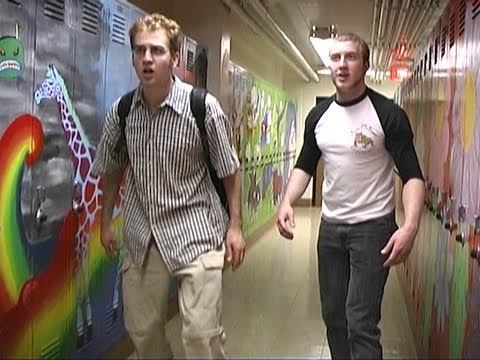 Whoa! I started posting old short films again. This time, I’m going to keep posting them until they’re all up. So if you hate them… maybe unsubscribe for a while. In other news, I started posting on Twitter regularly, and I will continue to do at least 1 or 2 tweets a day.

This is a short film I did in high school for my calculus class. It has a lot of calculus jokes, but it’s still funny if you don’t understand them. Anyway, enjoy it. Or don’t. But either way you should watch it… maybe.

Howzer takes a break from lifting weights to hang out with friends and beat people up. 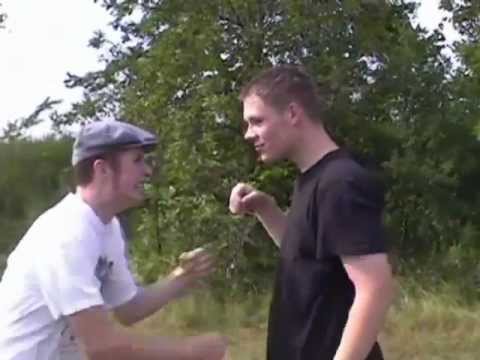 Howzer takes a break from lifting weights to hang out with friends and beat people up. Completed in June, 2001.

A girl tries to read in the park, but some guy is stalking her. Completed March 2004. 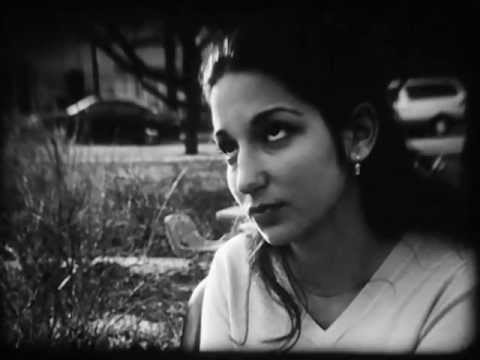 This is the first short film I made in college. It’s silent and was shot on black and white 16mm film. It’s about a guy trying desperately to win a girl’s love.

I have decided to release my old movies. The first one is Jay: Vampire Slayer, a movie about Jay fighting vampires. Perfect. 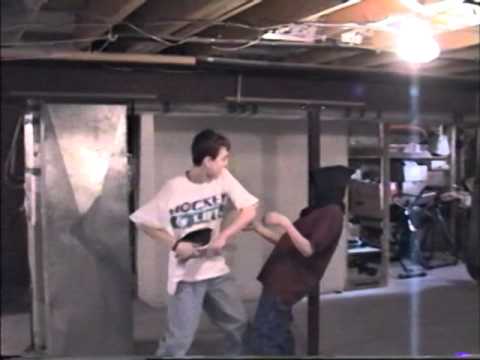 I finally decided to start releasing my old movies. We’ll kick it off with the classic, “Jay: Vampire Slayer.” I believe this was filmed in March of 1998, so you are seeing 14 years into the past. Crazy times.

Also, I decided to do audio commentary for every movie I release. That way you can learn a little bit more about what was going on when I made them. There won’t be any particular order I release the movies in. I’ll try and mix it up so that you don’t get a bunch of boring ones in a row.

Jay performs a fun song while his clarinet shrinks. 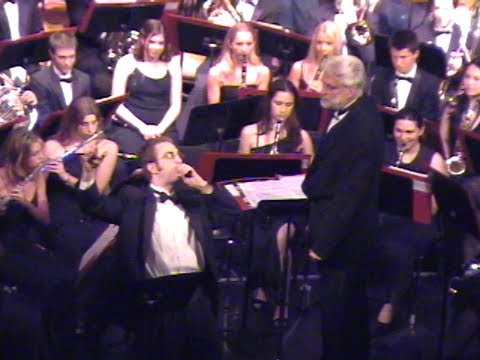 You probably don’t know this, but I’m a musician. In fact, I like music so much that I almost majored in musical performance at college instead of filmmaking. It’s been about 4 years since I’ve played any music, but I just bought a keyboard so I’m finally getting get back into it. I figured I’d celebrate the occasion by posting a video of my favorite musical performance.

In this video, I play song called “Immer Kleiner”, composed by A.Schreiner, accompanied by the Bradford High School Symphonic Band. The title translated to English means “Always Smaller.” If you watch closely, you’ll understand why it’s called that. And of course, I add a bit of silliness to the performance with the help of my teacher. This was performed in May 2003 in Kenosha, WI.

It feels good to be returning to my roots. Filmmaking and music have been missing from my life for far too long. And don’t worry, the game is still coming. I’m just glad it’s not the only thing I’m doing any more.

Jay unleashes his mad acting skills on the world as he auditions for the Angry Video Game Nerd movie. 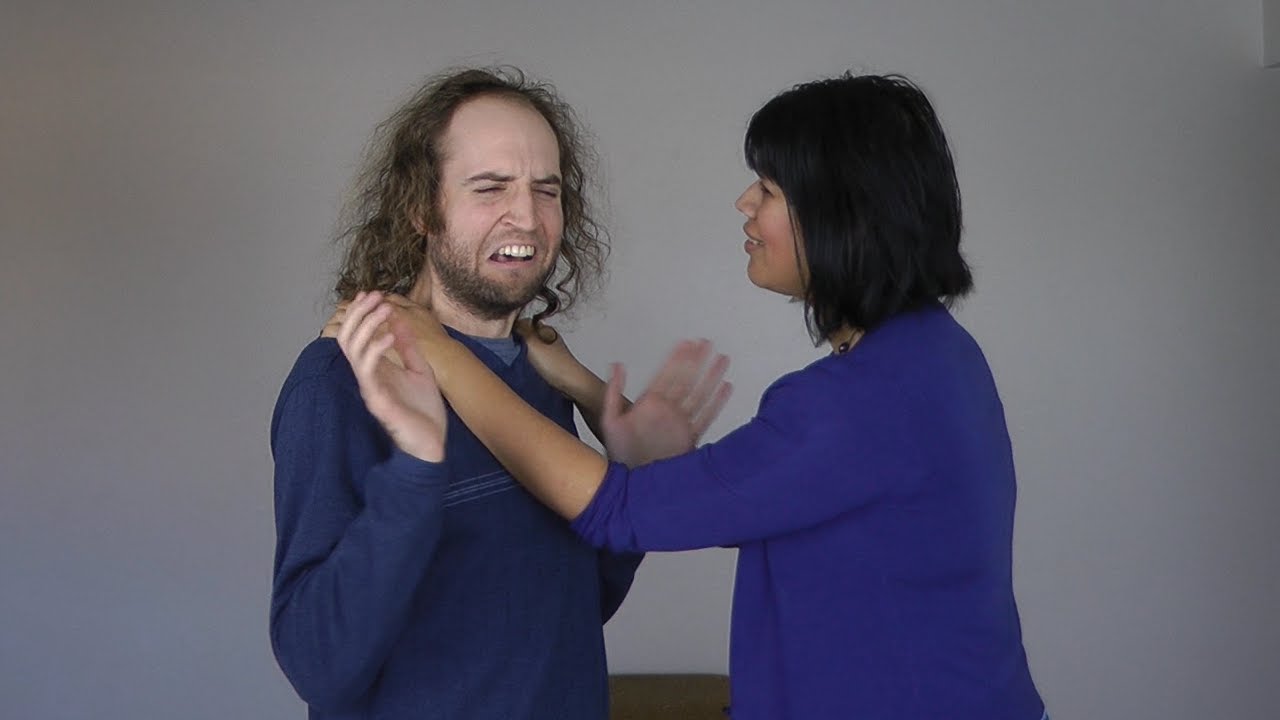 Jay unleashes his mad acting skills on the world as he auditions for the Angry Video Game Nerd movie.

On a lovely Sunday afternoon, two families want to have a picnic at the same table. The two fathers, who happen to be kung fu masters, fight to the death to settle the matter. This epic kung fu battle is full of flying kicks, stupid comedy, and un-synced dialogue. 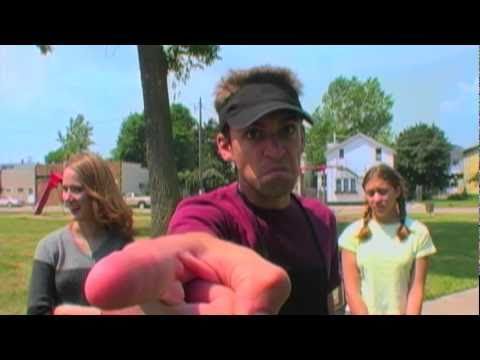 On a lovely Sunday afternoon, two families want to have a picnic at the same table. The two fathers, who happen to be kung fu masters, fight to the death to settle the matter. This epic kung fu battle is full of flying kicks, stupid comedy, and un-synced dialogue. This is one picnic you won’t want to miss.

Filming Lunch Fu was a lot of fun. I think I remember the shoot taking about ten days total. Because it was hard to work with everyone’s schedules, it was usually just me, Andrew, and Dave. I had extra help on the bigger days so that things would go better according to plan. We worked on it when we could though, mostly on the weekends. It was also very hot so we couldn’t film very long at one time. We shot it in a park across the street from Dave’s (Chef) studio, so all the equipment was easy to access.

One of the props we used actually wasn’t even ours. The grill that Andrew (Cook) uses at the beginning was in the backyard of the studio. It probably belonged to the people upstairs. We borrowed it for a little while and brought it back everyday. Actually I don’t even remember if anyone lived up there. If they did, please do not tell them we used their grill. It will be our little secret. Thanks.

This film was partially written and partially improvised. It was really fun because we all got to be really creative. Actually the reason I made this film was just to test out my new blue screen. I kept on getting ideas so I just decided to make it a short film instead of a test. In the script I wrote everything that I wanted to happen, and then we kind of improvised the actual choreography. I did not use story boards. Some of the shots I had planned in my head before the shoot, but most of them were made up on the spot.

One of the fun things was that the dialogue was going to be dubbed, so Dave and Andrew could say whatever they wanted. They said some pretty funny things. I forgot most of them, but there a few I remember. Here is a list of them:

When Bobby tells Cook that he wants to be as great as him some day, Andrew actually is saying, “You will never be as good as me.”

When Chef is trying to trick Cook on the playground and tells him to stand in a certain spot, Andrew said “Butterfly” instead of why.

Near the end when Cook and Chef are about to jumpkick each other, Andrew says, “Will you marry me Dave? Let’s move to Seattle.”

That’s all I can remember. I only remember Andrew’s stuff because Dave mostly spoke jibberish. He made some pretty funny noises though. We recorded the dialogue in Dave’s studio after the movie was edited. It was kind of like doing a voiceover. We had a lot of fun with it.

There isn’t really too much else that I remember about Production. Post-Production was crazy though. It took forever. It was really hard. I had to edit around all the mistakes I made and try to fix them with tricks that I knew. I also had to do lots of blue screen effects. I edited it on Final Cut Pro. The biggest problem is explained below. It’s kind of a lengthy explanation, but hopefully you’ll understand it.

Lunch Fu was filmed with a wide-angle lens. A wide-angle lens is kind of like a fish-eye lens, but less extreme. It distorts the image by bending it around the edges. It gives it more of a cartoonish look. I shot this film on a Canon GL2 camera, and the lens just screws over the top of the other one. The problem with that is that when you’re zoomed out all the way, you can see black in the corners because the lens attachment is partially obstructing the view of the lens. Then there was one day that I left the UV filter on and put the wide lens on top of that. The corners had so much black on them that I had to reshoot a bunch of stuff. These black corners are more noticable on some shots than others. Almost every shot of the film had to be zoomed in slightly to get rid of them. It was a pain, and it results in a little loss of quality. In some shots, I used some effects in post production to get rid of the corners, but if you look closely, you’ll notice.

Another huge problem was the weather. Sometimes it was cloudy and sometimes it wasn’t. I used some crazy color correcting techniques to make it flow better. I had to turn the sky blue when it was actually white in lots of shots. You’ll notice if you look closely. You can tell especially when Andrew is in the shot, because all of the white on his costume is partially blue instead of white.

Those are just a few of the problems. Sound editing took forever too. I also had to drive up to Wisconsin a lot because that’s where Joe (music) lived. I went there every now and then to see how the music was going and to tell him what I thought of it. I had a good time working with him.

One last thing I wanted to point out that no one knows is that I am in this movie. It’s kind of funny. There was one shot I needed of Andrew, but he couldn’t do it because he had to leave for school. I really needed the shot, so I borrowed his costume and filmed myself doing the action. Since the shot is far away, you can’t tell. Andrew and I have pretty much the same body type, so no one will ever know. It is the shot after Dave shoots the fireball at Andrew. Cook flies through the air and lands on the swing. That’s me. Yippee.

I hope you enjoyed these notes. Thanks for reading them.