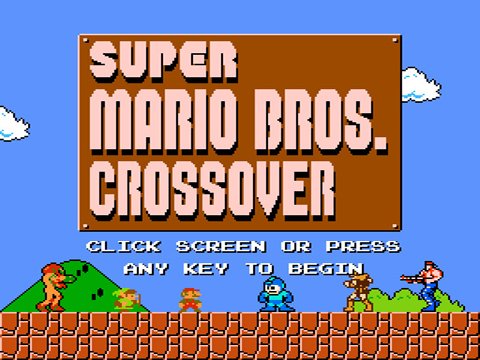 Super Mario Bros. Crossover is a fan game that recreates the original Super Mario Bros. and allows you to play it as characters from other classic games. I first released the game on Newgrounds on April 27, 2010, and I worked on it for about 3 and a half years. The game now has its own dedicated website and forum. Check out the resources section for more info about the game.